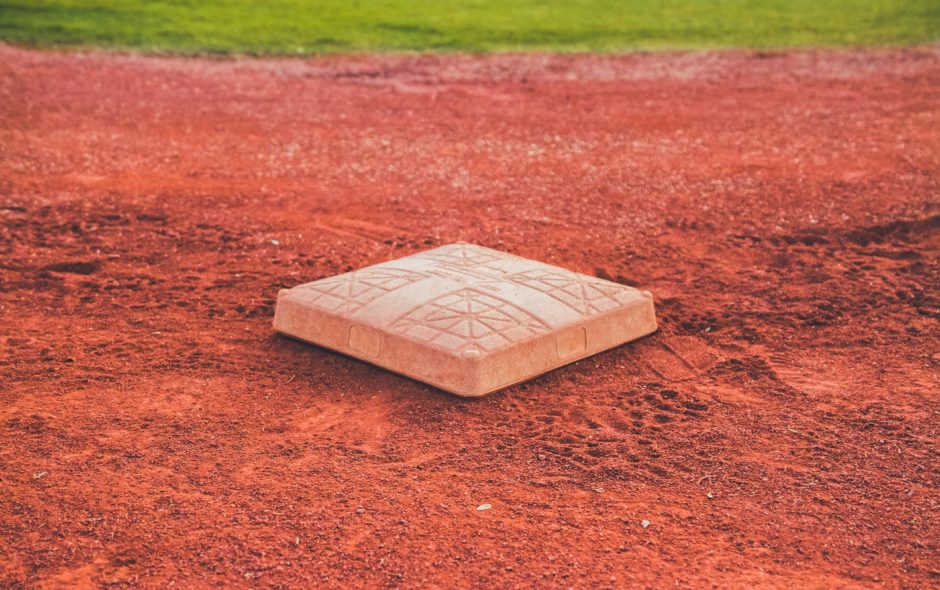 With all its sham, drudgery, and broken dreams,
it is still a beautiful world.
Be cheerful.
Strive to be happy. 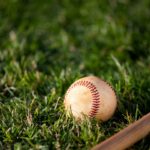 During childhood summers, my activity list included girls’ softball for the Williams Bay Bulldogs. I wasn’t a great player, minus one amazing game-winning catch against the Fontana Bananas which now plays in my head like a slow-motion reel against the soundtrack of Bruce Springsteen Glory Days. No, you didn’t have to be an all-star to play. Summer leagues welcomed everyone. You assembled a team, recruited a coach, and hoped for the best.

It wasn’t about winning.

It was about having fun.

Most nights after dinner, I’d pedal my red ten speed through the soft humid evening for practice or games at the local elementary school. Parents stood in as umps. Someone’s cool older brother marked stats in a book with a beat-up #2 pencil. Then as night approached, I’d bike home slapping at mosquitoes and hearing the night bugs buzz and click in the trees.

Away games meant parents packed as many unbuckled kids into family station wagons as they could fit. I recall our raucousness and laughter changing to a collective hush when we’d arrive at an unfamiliar field. We respected another team’s turf.

I don’t recall winning much, but I remember being among friends. We high fived, cheered “good game” and convinced each other “we’ll get ‘em next time” even when we’d been trounced. Sometimes after a win or a herculean attempt, we’d stop for ice cream courtesy of a generous parent. 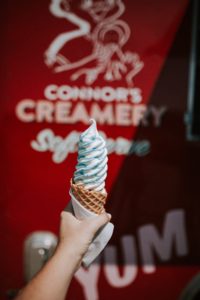 We’d hover under yellow bug lights at some random seasonal stand and wait while cone after cone was handed through the little sliding, screened window.

It was a time of simple joy.

I miss it greatly.

Pulling the old glove out of the bin, my heart feels the pureness of those memories. But the glove feels stiff and inflexibile. The leather has hardened from lack of use.

Lately, my belief in the power of goodness, simple joys and loving kindness feels as dried out and tired as that old ball glove. Everything feels so angry and mean spirited. Political storms rage across our country. Poisons infiltrate our food systems. Corporations abuse people, power and natural resources. Online postings spread hateful, agitating gossip. Nonstop news…manipulated in any number of ways…surrounds us wherever we go.

I fear we’ve forgotten we’re on the same team. 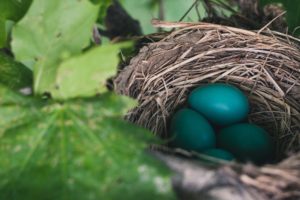 Last week, a robin chose our yard. In the top fork of a newly planted oak, she assembled twigs and grasses through record-breaking heat to create a comfy nest. Now she sits atop her perfectly-formed blue eggs, protecting the next generation.

Mama robin knew what to do. She needed a soft landing for her brood. Despite the intense heat, she focused on the important stuff.

Once again, the natural world teaches a lesson.

Will I focus on the important stuff nature teaches?  Stuff like creating a safe place for my fledglings, deepening my roots to ensure strength through challenge, and swimming against the current when my inner wisdom tells me it’s right? Or will I let the day’s negativity seep into my heart and harden it further?

Max Ehrmann’s poem Desiderata states, “You are a child of the Universe, no less than the trees and the stars. In the noisy confusion of life, keep peace in your soul.” 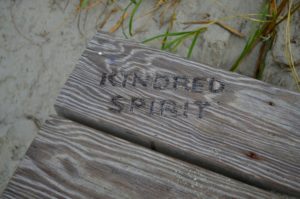 I believe the heavens, the crickets, the Redwoods…even me and you…are related.  The spinning of a spider’s web, the grandeur of a mountain range, or the collective laugh of kids playing ball on a summer evening are the same kind of magic. Our world sorely needs us to kneel down before that right now. We need more wonder and less distrust.

We’re all on the same team, remember?

My ball glove may have dried and hardened over the years, yet some conditioning will soften it. I’ll pass it along to another kid who may not be a great player, but just wants to get in the game.

Today I’m rooting for the robin resting on her eggs. I’ll look forward to the first chirps of new life from her nest. I crave the simple, natural joys of life. It’s a choice, and today my heart chooses those glories instead.

9 thoughts on “We’re All on the Same Team: What an old baseball mitt and a Robin’s nest teach us about what’s important.”

This site uses Akismet to reduce spam. Learn how your comment data is processed.

Creative, heartwarming content designed to touch hearts, teach lessons, and create connections. My name is Katie O’Connell, and I specialize in finding the heart of a message. Whether it’s through essays (on Life Lessons, Blessings, Grief, or Parenting) or helping you uncover the right messaging for your audience; I believe we’re meant to be heartwired.